Fuze is a cloud-based communications and collaboration platform provider. Fuze drives workplace transformation for its customers with data from 2.5 million meetings, 20 million calls, and 33 million messages each year.

At Fuze, data drives product, finance, sales and support. Our users are blocked if queries are slow or if data sets are not available within a certain timeframe. With intermix.io we can inspect the queries and SQL syntax that users are running and troubleshoot issues fast. We are now certain to hit the SLAs we commit to the business.

"With intermix.io we have visibility into the growth of our data warehouse. We can drill down, look back in history and inspect individual queries. We now track SLAs for our users, and the recommendations to re-write queries for faster execution are invaluable." 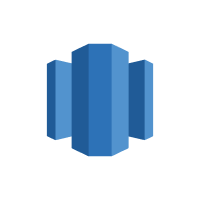 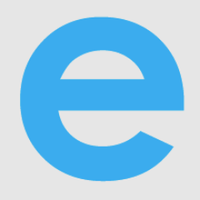 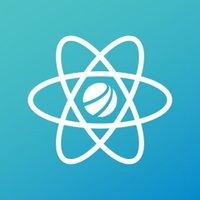 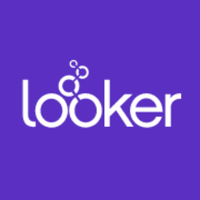 As Fuze has grown its customer base and employee count, data has become a mission-critical component. More than 300 people query the data warehouse on a constant basis across Fuze’s 19 global office locations.

Shifting to the cloud and Amazon Redshift has been transformational for Fuze to support these new type of use cases for data.

Stephen Bronstein leads the Data Team at Fuze. It’s a “skinny team” of 3 people that supports all of Fuze’s data needs.

Over the course of the past three years, Stephen has led the team through warehouse transitions and performance tuning, adoption of new data sources, regular surges of new data and use cases, and the on-boarding of hundreds of new data-users. “People care a lot about having the right data at the right time. It’s crucial to drive their work forward,” says Bronstein.

Amazon Redshift kept up with the grow in data volume, in-database transformations and users querying the warehouse. But with that much activity from growth in users and queries, it can be difficult to spot queries that degrade the overall performance and user experience. A single complex analyst SQL statement or new ETL workflow is enough to cause problems.

In the past, we would spend a lot of time understanding what particular query caused an issue. A CPU spike or the warehouse filling up. Often, the data to solve the issue wasn’t even available from the tool that wrote the query. We now get visibility in one view across our ETL pipelines, the warehouse, and our BI dashboards. And it’s not just that visibility. The mere fact that we can go back through more history and slice and dice that history in so many ways is a huge benefit to us.”

Like many customers coming to intermix.io, Steve faced a problem common to all data warehouses: A sudden increase in disk utilization and lack of visibility into the root cause. One bad query by a single user is sufficient.

Elastic resizing fixes the problem. But long term, that’s not a viable strategy as it causes cost problems and doesn’t solve the underlying issue of “expensive” queries and missing SLAs.

Especially our Tier 4 Support Team relies on near-real-time data from our Amazon Redshift warehouse,” says Bronstein. “When ETL pipelines start lagging, or queries are slow, all because of one bad query, it’s a serious problem. It blocks them from trouble-shooting customer issues. We want to make sure they have data in time so they can do their job.”

Another issue was long-running queries. As the questions about the business became more complex, so did the queries. Longer SQL statements, scanning more tables and data. Query execution times would spike to anywhere between 30 minutes and 3 hours, even longer for peaks. That causes frustration for dashboard users, and blocks resources for others.

BI and ETL tools that connect to Amazon Redshift mask their individual users, worfklows or originating S3 buckets. For the data team, that means switching between different vendor consoles, trying to triangulate issues. It’s a time-consuming guessing game to figure out which workflow in an ETL tool triggered a single COPY or UNLOAD statement, or which view in a dashboard triggered a SELECT statement.

intermix.io integrates with ETLeap and Looker out-of-the-box. With our App Tracing, data teams get user- and query-level visibility into data sources, workflows and Looker dashboards – and what resources they consume in the data warehouse.

App Tracing provides instant escalation of problems. “Now we can see what jobs are filling up our tables, what pipelines are lagging, or what individual Looker users are suffering from long-running queries. We need to be certain that we hit our SLAs, intermix.io enables that.”

A New World with Query Insights

With ETL pipelines and data warehouse growth and cost under control, Steve’s team can now shift their attention to optimizing queries. Most of the queries run through Looker, including the use of Persistent Derived Tables (PDT). But even with that abstraction layer, as new users write new types of queries and trigger new workflows, problematic SQL statements are inevitable. The affect spans SLAs and query performance.

“The query recommendations in the intermix dashboard were a big ‘a-ha’ moment for us,” says Bronstein. With Query Insights, the Fuze data team tracks down the biggest “offenders” and addresses the part of their SQL statements that drive up query latency and resource usage. Query recommendations enable the data team to work with individual users to re-factor their queries and improve runtimes, sometimes by a factor of 10x.

With intermix.io we addressed our most urgent concern. Before didn’t have the insights needed to diagnose and troubleshoot issues with tools and queries. For example, we can now see how what seems like a pretty simple straightforward query is using 1.5TB of temp disk space.

For some of the most urgent issues, the team can fall back on the Expert Services that intermix offers. “Next to the product, we really value the expert support we get from intermix.io. We have a direct Slack channel to our assigned customer support engineers. We’re able to message within that channel where we’re hung up in our own troubleshooting and get near instantaneous support from engineers that would otherwise take us 12 to 24 hours.”

For the data team, using intermix.io has freed up valuable time while increasing insight into cluster and query behavior, focusing the team’s attention where it’s most productive. “The value for our users is that it accelerates our speed to generate insights. We can cherry-pick the highest value use cases, build them in Amazon Redshift and solve the most urgent ‘data pain points’ for our users,” says Bronstein.

For Fuze, the combination of Amazon Redshift and intermix.io increases the value Fuze generates from its data. A scalable cloud warehouse with Amazon Redshift, combined with a single view across their tool chain, fast queries and cost control makes for a better end user experience and drives everyone’s work with data forward.

Make your data team more productive
Get started with a 14-day free trial, with access to the full platform
START NOW Schedule a demo